The Cisco SPA122 is an analog telephone adapter. This device allows standard two-wire analog phones, fax machines, or modems to be converted to VoIP. The following guide describes the proper method of installing the SPA122. 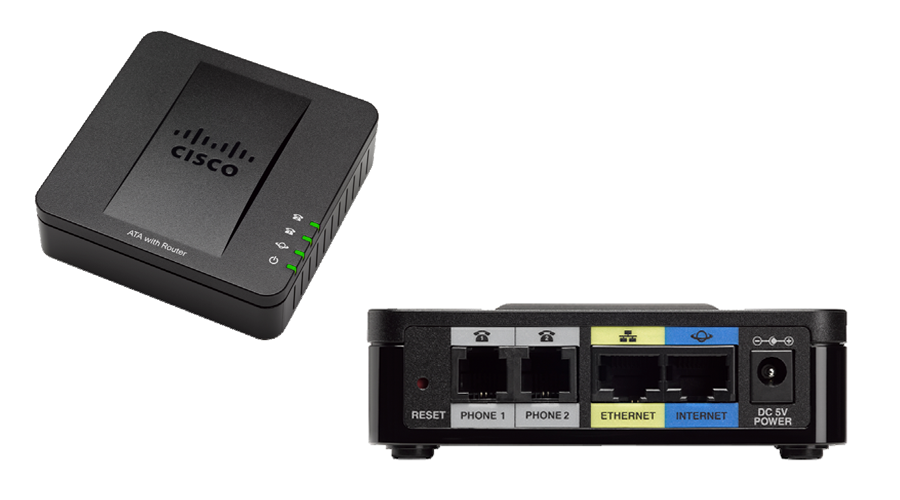 WARNING: the phone ports on the SPA122 can be wired into existing site wiring to simultaneously enable multiple phone jacks at the site. However, if this is done, the site wiring must be disconnected from the public switched telephone network at the site demarcation to prevent lightning surge damage to the SPA122 during storms.

WARNING: when configured on the Ethernet port on the SPA122 is supported in bridge mode as a switch port. This port will not be supported as a home router. If devices inside the office (such as a printer or computer) were connected to this port they will be able to properly communicate with other devices on the customers’ LAN. However, it must be noted that anytime the SPA122 is powered off or rebooting, this switch port will be down.

WARNING: it is highly recommended that the SPA122 be plugged into a suitable and reliable surge protector or UPS device. A UPS should be used in applications that are sensitive to phone up time and experience frequent short power outages.

Article is closed for comments.